IT'S THE THIRD DAY! 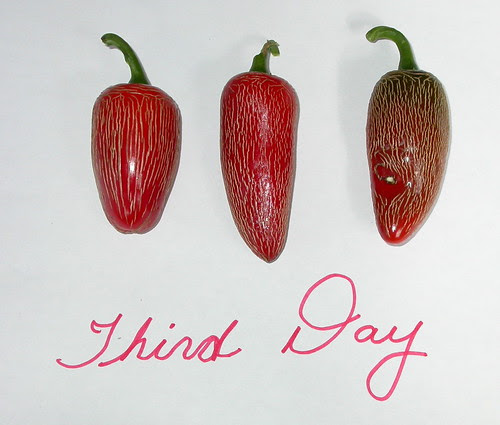 Secret Smile by Nicci French deals with a couple of fascinating themes: sexual obsession, and the isolation experienced by victims.

Miranda Cotton has only been dating Brendan Block a few weeks whens she catches him reading her diary. It's an intrusion that ends the relationship for Miranda. But for Brendan, it's only the beginning.

He insinuates his way into her family, becoming (rather too quickly) engaged to her sister, and (rather too adoringly) welcomed by her parents. When he claims to have been the one who broke up with Miranda, her family takes his word against hers.

It's the beginning of a pattern that ratchets up the tension and frustration for both Miranda and for the reader. Everyone who should believe her when she expresses alarm over Brendan's increasingly disturbing actions, takes his side-- from her parents to her closest friend to the police. When she reveals her fears and concerns to her new boyfriend, he, too, turns against her, seeing them as evidence that she is the one who is obsessed.

The frustration and tension we feel on a protagonist's behalf are good things in a novel. The emotional injustices committed against Miranda kept this reader turning pages late into the night, not only horrified by the interloper's menace, but infuriated by the insensitive family, who worry endlessly about Brendan's needs and feelings, but remain utterly impervious to their daughter's.

However, after the family pays the ultimate price for their blindness, they still refuse to give Miranda--or the reader--the satisfaction of remorse or contrition. Nor do they seem to take any responsibility for the role their unconditional acceptance of Brendan may have played in the tragedy. Instead, both parents and sister disappear from the narrative, as do numerous other characters who seem as if they might be significant, only to be dispatched and never heard from again.

That kind of frustration is less good in a novel. As a reward for buying into the story and enduring the trials of the protagonist along with her, the reader wants and deserves a greater sense of vindication when the facts are revealed.

But what really was lacking in this novel for me was any real sense of who Brendan was and what motivated him. Nor do we see why he's obsessed with Miranda in the first place. Theirs is described as a casual, brief relationship set in a milieu when such relationships are common. What is it about Miranda that makes him refuse to let go? Why is he willing to risk everything, and cause the death of two people, over a brief tryst that didn't work out?

The writing was excellent, and some of the descriptions, particularly of the emotions that Miranda experiences after the tragedy were marvelously visceral. If the couple known as Nicci French had answered--or even addressed-- the pivotal question that lies at the heart of the story, this might have been a first rate novel. Instead, it was simply an entertaining read.

Anonymous said...
This comment has been removed by a blog administrator.
8:52 PM

xingweb said...
This comment has been removed by a blog administrator.
9:10 PM

It seems as though you are getting too much Blogspam.
Nice review. It seems that the three of us who posted have pretty similar opinions.

Anonymous said...
This comment has been removed by a blog administrator.
9:50 PM

sarala: The blogspam has been particularly bad in the last couple of days. If it continues, I'll have to put the filter back up.

When I remove the spam, I do a complete removal, don't know if that matters. Does seem to come in spates.

This is why I won't read a novel like that. I don't like being infuriated by characters. I want to like characters, and see them extricate themselves from trouble, not bash themselves stupidly.

A shallow way of reading, perhaps. It was not always so.

Marvelous review, Patry, and I agree. I never got a true sense of Brendan's motivation for his treachery, other than just "woman hating." A resolution of that would have helped make this more satisfying from a pyschological perspective.

My review is here: http://beccasbyline.blogspot.com/2007/02/third-day-book-club-secret-smile.html

Patry, I tried to find the book at B&N, the computer said they had a copy on the bargain bookshelf, but neither the clerk nor I could find it...shouldn't have left it till so late in the month to look for it. I enjoyed reading your review though.
I'll try to look earlier the next Third Day selection! Meanwhile I'm thoroughly caught up in a REALLY good book :-)
Yours, of course!

Seems most of us were of the same mind about SS. Here's the link to my half-hearted review, which really touts another book :)

zhoen: I don't mind being infuriated by a good villain--or even temporarily by the protagonist--but in the end, there should be more resolution for the characters and satisfaction for the reader.

becca: That's it exactly. Psychologically, it didn't add up. We're supposed to believe Brendan is so obsessed with Miranda that he kills twice--and then? Well, he just forgets about her and moves on.

terri: Well, if it led you to skip directly to my book, I'm glad to hear that B & N didn't have Secret Smile. xox

jordan: A very tantalizing review--of the OTHER book! I'm looking forward to reading it.

Sorry I skipped out again on this month's club...I checked out the book and never got to it. Just part of my juggling act lately; some things stay in the air while others get dropped. Enjoyed reading your review, though, Patry. And I just read you'll be on a panel at the Backspace conference in New York! Congrats!! Wish I could attend but the timing won't work with my oldest graduating and my little ones still in school at the end of May. Enjoy!!