TAKE A FOLDING CHAIR AND GO TO THE CEMETERY... 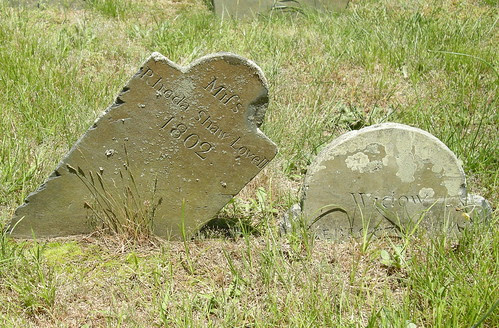 The other day over lunch, a friend recalled an old Irish priest who often gave the above advice to troubled parishioners. That would put their problems in perspective, he said. Everyone at the table laughed, but I found myself gazing out the window of the restaurant at the brisk December day. I shivered imperceptibly as I imagined a harsh wind cutting across the open field of stones, and the relentlessness of a grey sky.


Maybe it’s my Irish blood, but the idea has its appeal for me. In fact, a couple of my fictional characters spend an inordinate amount of time doing just that. The first is a child who worries that his dead mother is out alone in the cold and rain. He goes to the cemetery, not so much to reflect or even to mourn, but to feel the chill and storm, the life that can no longer touch her. The second character, who broods over the love she lost decades earlier, probably has more in common with those the priest dispensed to the grave yard with an Old Testament style flourish. It might be--and probably was--a heartless prescription for many. But my character finds a heightened awareness, freedom from the non-stop lies the ego tells, and yes, a kind of courage there; and I'm sure that some of the priest's parishioners did, too.


I have also been rereading Montaigne’s essays, and one of his great questions--arguably his only question-- is how to deal with the fear of death. Montaigne found his version of the folding chair in the written pieces he first named “essays, or essais in French.” I suspect he called them “tries” that because he wasn’t expecting to get them right the first time, or perhaps ever. Montaigne accepted the limitations of seeing through a glass darkly, though it never stopped him from taking out his pen and writing toward the light. One of the most dogged revisers in history, he worked on the same collection for the rest of his life, adding to the essays as he expanded his knowledge of the world and more particularly, himself.


Then on Saturday, an unlikely person entered the discussion I was having with Montaigne and the priest. Someone in my household turned on a televised biography about Adam Lambert and as always, I was drawn to his voice. During the few minutes I watched, the narrator was saying that one of the the singer’s great gifts is that he doesn’t fear the stage. It’s something all of his fans know, but this time I heard it differently.


This time it seemed like the kind of secret you might hear if you sat on a folding chair in the cemetery long enough, or if you spent a significant portion your days in your writing tower trying to expand your knowledge and skill at life: Your time is brief. Give it. Risk it. And do it now. Don’t fear death; don’t fear the stage.
Posted by Patry Francis at 9:37 AM 154 comments: