WHAT WE INHERIT: Dealing with the loss of a parent 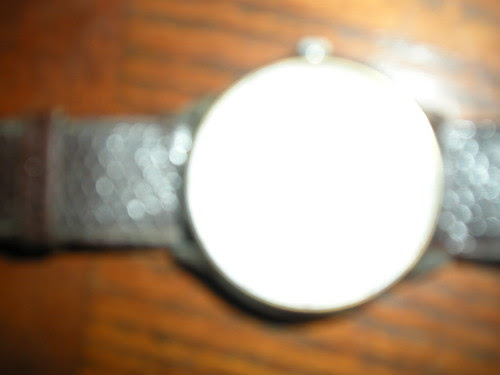 My mother never wanted to sell the house, though it sat unoccupied for nearly three years. Mold etched yellow flower-like splotches on the roof, a wilderness encroached in the back yard, vines loosened the shingles as they pressed their feral invasion.

But inside, the house was as it always had been: my father's workshop in the basement in fastidious order, his swivel chair turned toward the slider where he often contemplated his garden or the birds that nested in a bush outside the door, the cupboards and china cabinets overflowing as if the couple who had found such joy in entertaining might return for one more party. Even Louis Armstrong waited on the CD player, poised to belt out Wonderful World on command

It was foolish to keep the place, everyone said, foolish to allow my mother, whose judgment was impaired by her disease, to make the decision, as the prices of homes plummeted and the neighbors complained about the high grass.

But she wept whenever I brought up the subject. "We were so happy there," she said. "Maybe someday I will go back."

I never had the heart to tell her there was no chance of that.

It wasn't until her final illness that I put the house on the market. She died on April 7th and her home sold just a few days later. In the end, the house was emptied in one frenetic weekend. My kids took what they wanted before various local charities came to pick over what remained; clothes, unworn for a decade, were finally bundled up for the Goodwill.

It pained me to see anything go: my father’s old work shirt, his name stitched on the pocket which my mother had worn for weeks after his death--the only thing that kept her warm, she said--a lone piece of speckled plastic dishware from my childhood, a smudged pair of the reading glasses my parents shared. I tried them on, surprised how I had grown into them.

I knew I had to be merciless with the past or it would consume my house just as it threatened to do with my psyche. Some of what I chose to keep was obvious: the objects that had come down through the generations, my mother’s beautiful rugs. While the ruthless trash bags trailed me through the house, I grabbed stacks of photo albums, including a book of crumbling black paper put together by a great-great aunt nearly a century ago. I had no idea who most of the faces were, but I couldn’t throw away their mugging grins for the camera, the photos sent home from World War I, the solemn love of an unknown mother and child.

When I got home, I found I had also grabbed a disproportionate number of time pieces. clocks that marked birthdays and anniversaries, watches that reflected the fashion of the decades in which they were worn. All of them had stopped at different hours, leaving me to wonder what had been going on when they finally wore down. Common moments then. Forever irretrievable now. 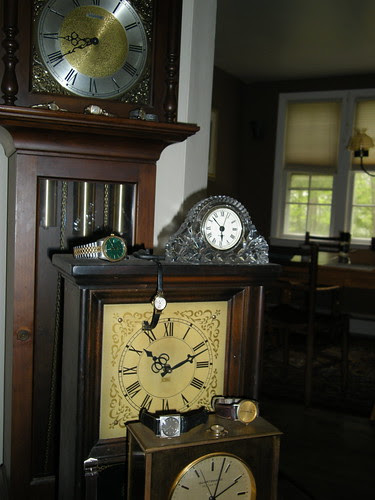 After I gathered my clocks and watches together, I took a look at my inheritance: time of an indeterminate amount. The truth is that the living know only two things about the time that remains: 1) It feels endless, long enough to squander on a thousand vanities, useless arguments and distractions and 2) It is not.


If death teaches anything, and I believe it instructs us in far more than we can ever absorb, one of its lessons is that time is not just an esoteric marker that is ticked away on clocks, numbered in heartbeats. It is also a hard, immutable wall that falls when it will. On this side of the wall, you can embrace, tell, forgive, ask for forgiveness, touch, share ice-cream, argue and cede the argument---as if forever. And on the other side, there is only a room full of old clocks and watches, silent and frozen. And a question. What does it mean?

When I lost my father, i set his watch at the hour of his death and hung it in my office. Ten years later it became like so much else--something I looked at, but had stopped seeing.

Only when I took it out to place with the other pieces of time I had collected did I realize that my parents had both died at the same moment: 6:07 p.m.. 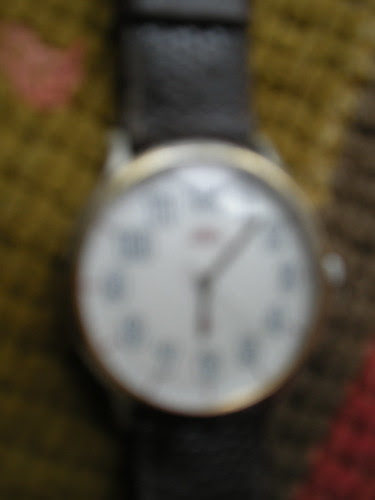