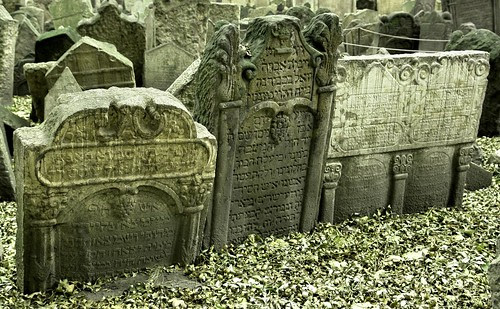 You'll have to forgive me, but I'm very prone to obsession; and since I started collecting one-line obits, I can't stop.

There's more life packed into an obituary than in any other piece of writing in the newspaper. A well-written obituary lets character shine through just like a well-written novel or memoir does.

When my father died, I tried to tell the newspaper who he WAS, not what he did to insure his survival on this planet, where he was born, or who he left behind--though those things are part of the story, but what made his life--and him-- unique. They listened, but in the end, they printed the dry facts. I didn't even bother to clip the obituary. It was only one of many places where I looked and found my father absent.

In the following obituaries, I found that a trace of the spirit remained. Though I didn't know any of these people, I knew a litle bit about their fire, their humor, their compassion:

Paul Ableman, Avant-garde novelist: "He was a rascal, a Bohemian, a lover of women and words, food and drink, argument and debate, a seeker of both truth and the beauty of the English countryside."

Pietro Rava, World Cup winner with Italy in 1938: "He was always a fiery lad."

Leonard Freed, photographer who documented the struggles of ordinary people. "He had an eye for the upbeat, even in the grimmest of circumstances."

Of course, the lives we choose to admire or find worthy of interest, speak about us as well, about what we consider a life well-lived. I think if I had to choose one of these lines to be spoken about me, I would want Freedman's--though I can relate to Shaw's form of "advanced yoga studies," I admire Kihoro more than I can say, and I wouldn't mind just a little bit of "mass hysteria" at my funeral. Or is a little bit of mass hysteria an oxymoron?
Posted by Patry Francis at 5:15 PM

Hmmm; that's an interesting question. To me, the life well lived is a life where you end with no regrets; where you have a beautiful and loving family that is a reflection of all that you are; a life where you accepted nothing and questioned everything -- and learned that the answers you thought you had only scratched the surface; and a life where you spent a great deal of time preparing for the next great journey.

these are all very interesting. i think a life well lived would be one which challenges the known to find what lurks beneath the surface, one being lived without bending to fear, one which speaks by action the words of the person who is living it, and finally a life which serves others as well as self.

My god, those are great. Any one of those lives was surely a well-lived one.

You come up with ALL the best ideas...which I then want to steal. I'm trying really hard to be original here, Patry, but you're making that very difficult by getting there first :)

marilyn: I agree. These were some amazing people!

jordan: Ideas are free; help yourself!
Thank you, thank you for your kind words, but I come away equally inspired from your blog.

I would pick Shaw's too but I think Kihoro sounds alot like you too.

LOVED these, Patry! Thanks for posting them.

Thanks, r. I would love for that to be true of me!

Suzanne: Some weeks it seems there's more color in the obits than on the front page. Thanks for stopping by.

love all of them in different ways
i'd like words women and whistles in mine
(vodka too i guess but it would have to be pronounced as if by a b-movie spy in order to retain the alliteration) :)

Anonymous said...
This comment has been removed by a blog administrator.
11:46 PM

Floots: "Words, women, and whistles" No wonder you're so wise! I'm sure the Wodka helps too--

I was at the funeral of a poor farmer recently. His wife and children all had similar stories. "At auction he would always tell buyers about the cows. 'That one'll kick you every chance she gets, that one's sick . . .'" Apparently, he reported every penny he made, even when he could easily get away from paying taxes. Without failure, every tenth load of grain went to the Lord.

They were all proud to be related to him, but I think a potential one-liner for him would be, He was annoyingly honest.

r.a.: I have such a wonderful vision of this farmer, and I love the one-line obit you composed for him! Thank you for this--