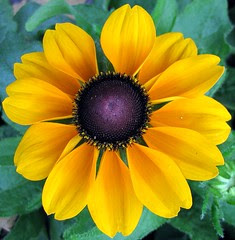 While poets argue among themselves about the relative virtues of "accessible" and "cutting edge," many people have stopped listening, stopped reading, stopped believing that most contemporary poetry makes a difference.

If it does those things, it doesn't much matter if it's plainspoken or abstruse. I'm following, I'm listening, I'm buying poetry books.

Mary Oliver recently selected Suzanne Frischkorn and Judith Valente for the Aldrich prize. In her introduction to the book that contains both their work, she says that what she looked for was "genuineness."

I particularly love this poem by Suzanne Frischkorn which opens the book:

A FRIEND ASKS, WHAT'S TO FORGIVE?

Forgive me, I can't name the scarlet birds
that dart through the bramble.

Forgive the marsh through the lace curtain--
veiled, remote.

Forgive the wood thrush, and the larkspur.

Forgive the incantation of crickets among burrs--
to each star and one moon.

Forgive me as I light candles for the living

And because I scrape wet stones
in search of happiness. And forgive

all the damp places, their echoes
their solitary drops of water.

Forgive the orchid, the only flower
of meditation.

And forgive the catmint,
the cosmos, and the black-eyed susans

for their tenacious grip on dry earth.

A copy of Suzanne's, Spring Tide and Judith Valente's Reinventing the Alphabet is available on Amazon, or through Suzanne's blog, Lit Windowpane.

Posted by Patry Francis at 6:52 PM

I heard Phillip K. Deaver, the short story writer say several years ago something to the effect that a novel is a mural; a poem is a snapshot. I thought it was a good metaphor. For some reason, I have a block against writing poetry, but I enjoy accessible poems like the one you quoted by Suzanne Frischkorn. I also like Billy Collins and Julia Kasdorf.

I've spent most of my life avoiding poetry. It's only in the last decade or so that I can read it--or horrors, sometimes even seek it out!--without it conjuring up all of my insecurities...the ones I grew as a result of not paying attention in school. I always feared I wasn't 'getting' it...that whatever feelings and meaning came to me as a result of reading the poem would be 'wrong.'

I'm pretty black & white with poetry ( and alot of things), either it speaks to me or not. will have to look for these.

Thank you for this poem. I wasn't aware of her. I also love to read people's explanations of why they read poetry. Yours is very similar to my own -- it's the trip. (Though we're both sounding like Billy Collins on the subject; I hope that's okay!)

Hi Patry,
I, too, have come to find that poetry is essential.
But I have to confess: One of the main reasons I like poetry -- especially haiku -- is that I have the attention span of a bolt of lightning. I like the idea of fitting the whole universe in a drop of water.

I agree Patry, the best poetry is the kind that takes me someplace unexpected and makes me see the world in a completely new way. I don't mind poetry that takes a little effort, or even poetry that I can only grasp at a gut level, if it moves me in some way. But I can't stand poetry that wastes my time with someone's ideas of their own importance or grandiosity or hipness. I don't believe poetry should be written to impress others; poetry is communication, and failure to be even remotely accessible means the poet isn't communicating, just showing off.

For me, the bottom line is, a poem is like a pair of glasses that bring something new about the world into focus. The prettiest or most unique frames in the world are useless unless there are good lenses inside.

Forgive. I'm still bedazzled by this, I will have to hold it in my heart a while.

Hmmm, Sharon, I wonder what you would think of Walt Whitman's "Song of Myself."

I tihnk yours is one of the best arguments I've heard in a long time for why to read poetry.

There are as many kinds of poetry as there are kinds of music. If I don't like opera, or rap, or country western, I change the station, or go get a different cd, right? It doesn't mean I don't listen to music anymore. Ah, but then I cannot look at the subject of poetry objectively! I do know many who have sworn it off, or say they "just don't get it." I nod my head, don't push, but privately I think I'm sorry that they just haven't found the right stuff.

I think you may already know my answer to why read poetry? Here's something I never quite understand... if a novel is a mural and poetry is a snapshot than why can I read a 400-page novel in a couple days but a 96-page poetry book takes me weeks? I understand that poetry has a density to its structure, but still there is a mystic aspect to poetry that continues to disarm me.

I love the title of Part Three in Milosz' To Begin Where I Am ... the title is "Against Incomprehensible Poetry." It describes so well why I love his poetry ... as well as Oliver, Irish poets like Joan McBreen, Brendan Kennelly,Mary Kennelly, many others. Thank you for this new link.

Patry, I like poem. And of course I like the topic. I like the idea that a mural is a novel. But, I think a snapshot is not a poem. I think graffiti is a poem. Hey, Factorytown always enjoys your visits and may have to erect a statue in your honor. And the world needs more Waitress Poem.

I must say I hated poetry until about five years ago when I started writing poetry from my heart to get through a difficult patch in my life.

I keep most of my poetry at http://www.writing.com/authors/melia as well as much of my other writing to date.

The best advice I can give is shut the English teacher's comments up that are locked in your head, they are not wrong just closed minded. Let the inner beauty of poetry shine.

My favorite poet has also and will always be Emily Dickinson as her poems touch my heart and reflect how I feel.

Forgiveness is so important to every aspect of self responsibility that InnerTalk gives there patented and proven effective Forgiving and Letting Go CD or tape away. Try it--it works! Go to www.innertalk.com.

Some say forgiving is Divine--but now-a-days it's almost essential unless we want to live in fear and anger. There are some absolutely free programs (subliminal and hypnosis) available from Eldon Taylor's site at www.innertalk.com/ They helped me.

because this is the chant of the soul, the way in we express our most deep feelings, and because girls love to hear it, and I have to confess that I write, no so good as this, but is good.